A truly awe-inspiring Voyage of Remembrance 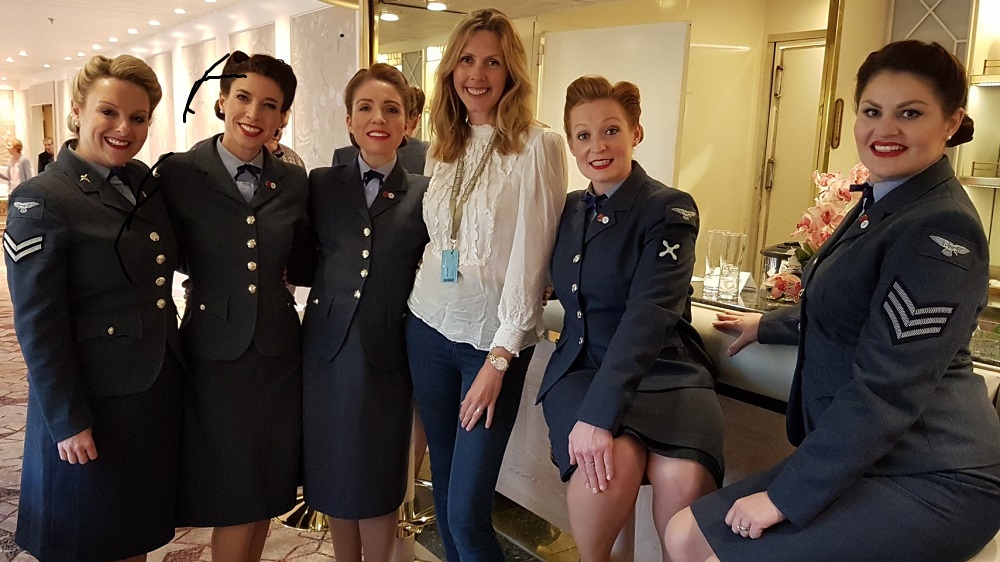 Awe-inspiring, remarkable, unforgettable, amazing, all these words are used far too often in the world of PR and rarely do they accurately sum up such an achievement. However, last week we were honoured to work alongside our client the Royal British Legion as we retraced the D-Day veterans’ journey from Portsmouth to the beaches of Normandy in a truly remarkable voyage.

D-Day Veterans - it was an honour!

A Fred Olsen cruise ship was chartered and 255 D-Day veterans and their carers stepped on board for an unforgettable experience. The boat set off from Dover with the sounds of a brass band playing, I stood next to a lovely gentlemen who started to sing ‘White Cliff’s of Dover’, already I had tears in my eyes. The boat journeyed onto Dunkirk and then Portsmouth ready for the 75th commemorations with the Queen, Prime Minister Theresa May and President Trump. The ceremony itself was amazing with top performances from Celia Imrie, Sheridan Smith and David Haig. But the stars of the show, as ever, were the humble D-Day veterans who rightly so, took centre stage.

The military send-off from Portsmouth with the One Show broadcasting live will be forever implanted in my memory. The escorting ships and the crowds waving from the harbour was impressive, the sunset stunning. But the moment that topped it for me was sitting in the ship’s restaurant having a cup of tea on the morning of the 6 June. One by one veterans were walking into the lobby dressed in their smartest of jackets with rows of polished medals, their faces were full of determination. You could just tell they were keen to go back, pay their respects and remember their heroes, the soldiers that had fallen in battle. Again, I had to hold back a few more tears.

The commemorative ceremony in the graveyard at Bayeux was fitting for such an occasion, but the sight of so many graves of soldiers who lost their lives at such a young age simply made me give into my tears. We were joined by schoolchildren from the town and it was heartening to see how thankful the French are to the veterans who liberated their country.

As I said earlier, the trip was truly awe-inspiring, a thesaurus could give a million synonyms, which would just about describe such an extraordinary tour. For our part we were just a very small cog in a very large machine. On board we ensured the veterans were entertained by some of the best artistes, who offered their services free-of-charge, from stars of Strictly Come Dancing to the D-Day Darlings. The tour was one of the most amazing experiences of my life, and to all the 255 veterans on board the ship, it was an honour.